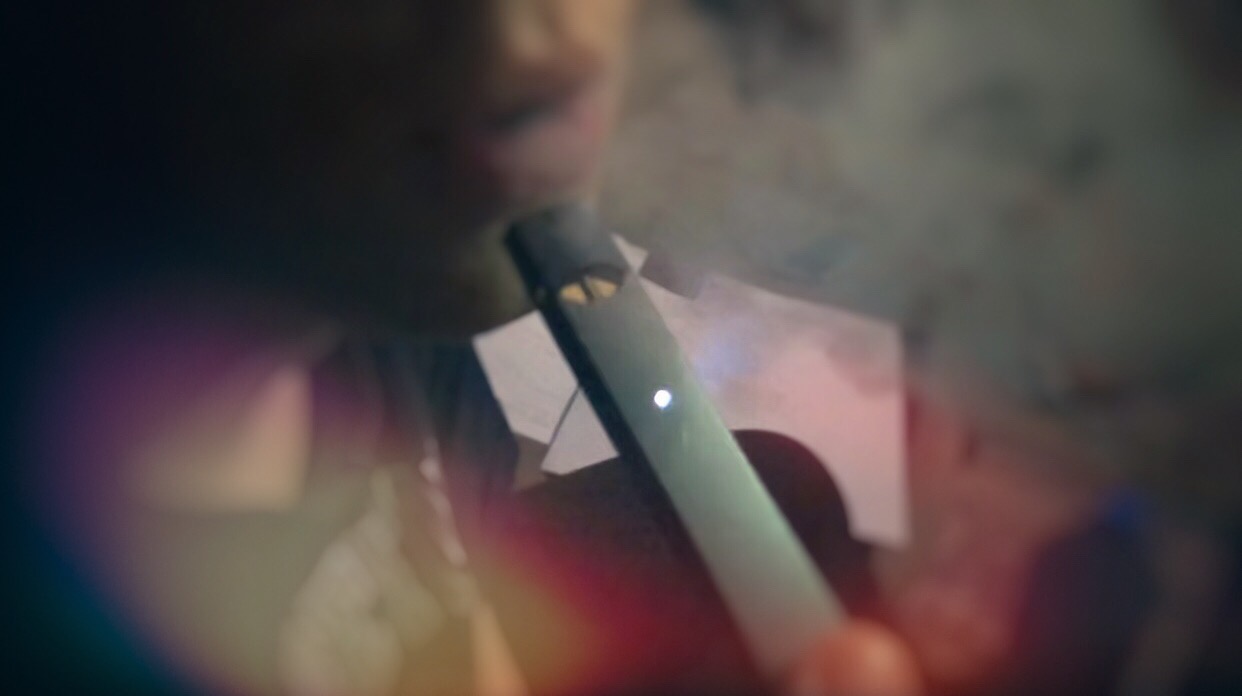 According to a Gallup poll from July of this year, 20% of people ages 18 to 29 vape. The number of young people smoking cigarettes, 16%, is half of what it was in the early 2000s.  As vaping has surpassed smoking traditional cigarettes in popularity for young adults, it is unsurprising that vaping is common here on Hendrix’s campus.  People view vaping as a cooler, less smelly, and healthier hobby, and vaping has attained a quasi-ironic cult status in today’s society.

Despite its popularity and its legality for those over 21, there is a huge movement against vaping, both on a grand scale and here at Hendrix. Vaping devices maintain the same status as cigarettes in the Hendrix handbook and in the eyes of the administration. Because Juuls and other small e-cigarettes are so easy to conceal, they present the school with unique problems.

“There have been increased fire alarm activations in residential facilities from vaping due to the larger haze created from vaping versus regular smoking,” said Associate Dean of Students Kesha Baoua. “There have also been several cases of individuals vaping at indoor social events. That rarely happens with cigarettes or cigars.”

Health concerns about vaping aren’t unwarranted.  New research that is soon to be presented at the American Stroke Association’s International Stroke Conference finds a connection between the use of e-cigarettes and an increased risk of heart attack, heart disease, and stroke. In addition to the risk of nicotine addiction, many people cite the lack of conclusive research on vaping’s health effects as a reason to put down the Juul.

“Back when they started with cigarettes, we didn’t know how terrible they were either.  Give it about twenty years, and we’ll find out they were bad for us,” said Director of Student Health Services Reda “Necie” Reed.

Many young people, including those who vape, are at least partially aware of the harmful effects that these devices have, especially as they relate to nicotine addiction.

Additionally, at least some students who vape seem to understand why the administration bans vaping on campus.

“They should restrict it as severely as smoking because it’s still vapor smoke, and that is annoying.  Even though your Juul won’t leave the same smell, and it’s not as bad as second-hand smoke, it’s still stupid if you don’t allow people to smoke somewhere but do allow them to vape,” said a student who Juuls.

“The school’s ban has literally no impact on my use of it. I Juul in my room, at parties, walking to class, in class, and at the cafeteria sometimes,” the same student said.

Many people, including Nurse Reed, are wary of the marketing groups and companies that are profiting from these devices. Nurse Reed also stressed that vaping is not the best alternative if you are trying to kick a cigarette addiction.

“[The vape industry] doesn’t have the public’s best interest at heart,” Nurse Reed said, adding that these groups will try to keep any negative health effects under wraps for as long as possible.