Students who reside in any apartment owned by Hendrix College may not be aware that a Public Safety officer will enter their residence, without advance notification, every 31 days for visual inspections of their fire extinguishers.

Several Hendrix students have expressed concern and frustration that Public Safety can enter their residences in this manner.

“It made me feel uncomfortable,” Trey Webb, ’19 said about a Public Safety officer performing a fire extinguisher check. “I would prefer to know when someone is going to come into my apartment.”

When the officer entered Webb’s apartment, the officer noted some empty alcohol bottles and took photographs of them. Webb and his roommate are both 21.

“They told us that someone would be back within 24 hours to make sure our apartment is clean,” Webb said.

If an officer observes a smell of marijuana or an amount of alcohol that the College deems excessive, Public Safety may return with Residence Life staff and search for controlled substances. Per person, excessive alcohol is defined as more than a) Two one-liter bottles of wine, b) One one-liter bottle of hard alcohol, c) 30 twelve-ounce cans of beer or a malted beverage, or d) “a reasonable combination of these types.”

But is this a reasonable amount to begin with? This question prompted a discussion with Residence Life and Student Affairs.

“That one is hard,” John Omolo, Director of Student Life, said. “We want you to have fun when you are of age. At the same time, we don’t want you to hurt yourself. We are your parents away from home.”

Omolo said he often receives calls from concerned parents about their child’s class attendance, their general health and wellbeing, or unanswered phone calls from the parent to the student.

“Let’s say the parents are in California and they ask the college, ‘Can you go tell my son to call me?’ And I know Hardin is a couple steps away. [He knocks on his desk]. ‘Hey, your mom called, could you call her?’ Let’s say I tell the mom, ‘No, I can’t do that.’ They feel hurt,” Omolo said.

In an initial response about the over-possession threshold, Associate Dean of Students Kesha Baoua said that the policy “was based on county ordinances that have limited the possession of alcohol in Faulkner County.” Faulkner County Civil Attorney David Hogue said that he was not aware of any such current ordinance on possession of alcohol. In response to a follow-up with Student Affairs on the attorney’s answer, Dean Wiltgen said that the policy was in fact based on a Faulkner County law. This law was repealed “about five years ago,” Dean Wiltgen said. 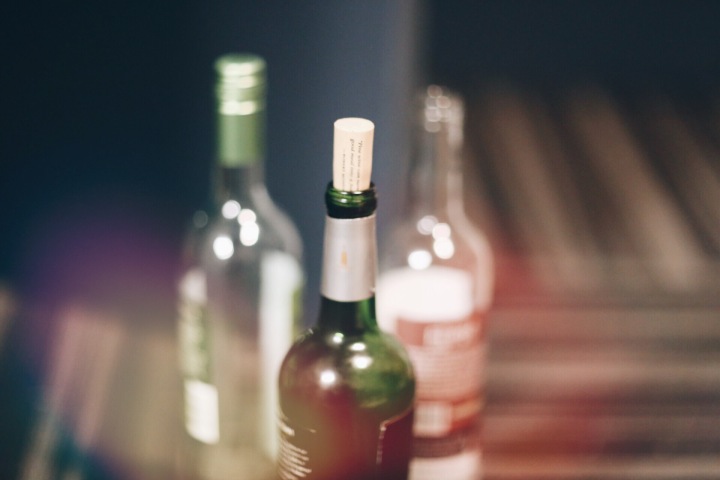 After discussing the over-possession policy, Omolo addressed some of the student reports about dorm and apartment searches. The majority of students who gave accounts of their rooms or apartments being searched said that their search was prompted by the smell of marijuana. However, sometimes the source of the smell can be difficult to identify from the hallways of apartments or dorms.

One former resident of Martin Hall first floor, who preferred to remain anonymous, said his room was searched last year.

“The basis was a weed smell in the hallway,” said the source. “My roommate and I weren’t there when they entered. It had been many months since we’d smoked in the room.” According to the student, “It’s absolutely, 100% impossible that our room would have been the source of a smell strong enough to fill the hallway.”

A search was still carried out and, according to the discoveries of the search, the only other probable cause would have been a bag placed over a fire alarm. The only item the search revealed was “an old pipe” so concealed that “even my roommate didn’t know it was there,” the student said.

Asked if a marijuana smell permeating the hallway—to the point that the room or apartment of origin is indistinguishable—should be cause to search multiple students’ spaces in that hallway, Omolo said, “No. If I don’t know exactly where it’s coming from, I am not going to search every single student’s room. That’s something I don’t recommend we do.”

However, it’s unclear whether this recommended policy is an official one.

Nicola Bryan, ’20, was recently searched in Market Square North, but has concerns about what she was told initiated the search.

After raising concerns about the search to administration, Bryan was told that the cause for entering her apartment was a report of smoke seen coming out of a window in the building, and that Residence Life followed a smell of marijuana in the hallway to her apartment’s door. Bryan’s roommate was not searched, and Bryan was told that Residence Life did not search her roommate’s space because they did not smell marijuana in her room. According to the justification Bryan was provided, the smell of marijuana was strong enough to emanate from the apartment into the hallway but not into her roommate’s room.

“On any given day, hallways of Market Square North can smell of weed,” Bryan said. “Residence Life claimed they followed the smell of weed to my apartment. But when the smell emanates throughout the hallway, it is almost impossible to determine which particular apartment it is coming from. When that is the case, I feel a more objective way of determining which apartment to search is needed.”

However, the student handbook does state that, “While fulfilling their administrative responsibility to enforce College regulations, members of the Office of Residence Life staff may enter student rooms at any time.”

Similarly, Director of Public Safety Michael LeBlanc and Dean Wiltgen both emphasized that the College does have the authority to enter unannounced for monthly fire extinguisher checks. LeBlanc said that efforts had been made before to notify students but had not materialized into a policy “due to manpower changes and fluctuating schedules.” This legally required task is done during officers’ downtime and is not built into their shifts.

Initially, LeBlanc said that, because of the wide time frame of the checks, a monthly email notification could be given to students that “fire extinguisher checks are going to be done this month.” However, providing students with a 31-day time frame in which to expect checks that are completed every 31-days would give students no narrower time frame in which to expect the checks. Later, in an email, LeBlanc said that “An officer only has a total of 10 days to complete his or her assigned checks.” This narrower time frame could be useful information in providing students advance notification.

“I will be examining ways that we may be able to communicate better when fire extinguisher checks are being conducted,” LeBlanc said.

“We will work to change that,” Dean Wiltgen said regarding the lack of notification about the checks. He added that it would be incorrect to conclude that advance notice of the checks cannot be given.

“I favor a notice to students ahead of the process,” Dean Wiltgen said.

Dean Wiltgen also emphasized an openness regarding feedback and communication with students about the efficacy of the over-possession policy. The policy will be up for review next year.