“People finally asked [Hartsell], ‘Is the recycling being thrown away?’ And he was like, ‘some of it is,’” Environmental Concerns Committee (ECC) Chair Megan Cassingham said.

This revelation from Hartsell came to the surprise of many, including Cassingham. She explained that she and ECC were aware of small issues occasionally plaguing campus recycling efforts, but Facilities left ECC in the dark about how bad the problem had become. “It was never brought directly to us as a committee,” she said.

According to the notes from the Sept. 18 Senate meeting, Hartsell explained that cross-contamination, when trash and food waste end up in the recycling bins, is the main problem with recycling on campus. The city of Conway has warned Hendrix that there could be fines in the future if the problem persists.

When asked what was at the root of the issue for Hendrix recycling, Hartsell pointed to two complicating factors: resources and culture. “From a financial standpoint, we just do not have the finances to hire someone to do nothing but a recycling program,” he said. “And as I shared with the Senate, the challenge is developing the culture inclusive of the entire student body to make these [recycling] efforts fruitful. Those that are passionate about recycling are good at recycling. Those that are not quite as passionate don’t always participate in the manner that we would like them to.” 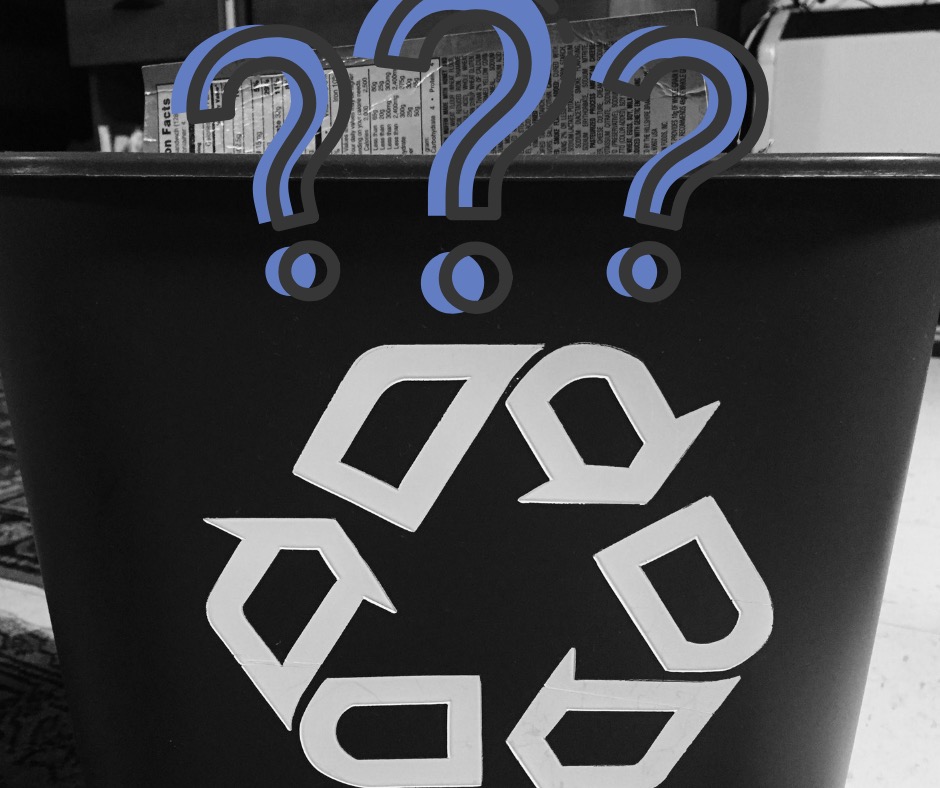 Hartsell continued to describe the severity of cross-contamination on campus, citing data from April 2017 to March 2018. Of the 174 “pulls” of recycling in the exterior recycling bins located across campus, 128 of them were deemed contaminated and discarded with general waste. That means almost 75 percent of outdoor recycling is not recycled and is instead shipped to the landfill.

These figures might be shocking to many, but Allison Monroe, former ECC Chair and current Chair of the Campus Sustainability Fund Committee, has understood this problem for several years now. “It was 95 percent [cross-contamination] when we first put them on campus,” she said.

It’s clear that students need to be educated on proper recycling practice, but as Monroe explained, most students—including herself—have to prioritize their education as a student first. “I didn’t have the time or capacity to teach every person on campus how to recycle, and I don’t think anyone on ECC does this year either.”

Monroe began a project that allows students to sign up for their own recycling bins, but she expressed worry that even this program is in jeopardy. “There is a very high chance that it will not continue once I graduate, and that’s just how sustainability things happen on this campus because [Hendrix administration] refuses to hire someone who actually handles those things,” she said.

She understands that the college is under financial stress, but Monroe thinks that the consistent calls for a sustainability officer are ultimately being ignored. “This has been something students have been pushing for 10 years at least,” she said, “and we still don’t have that.”

Monroe warns that the longer these calls for an established sustainability officer go ignored, the less effective current student-run sustainability efforts become. “It’s so hard to face these battles continually and not see any progress,” she said. “I’ve been working for ECC for four years, and I’ve only seen less and less progress.”

Pointing to other institutions like the University of Central Arkansas and John Brown University, Monroe says there is support there that we simply do not have at Hendrix. UCA has recycling and food waste disposal programs, reducing general waste.

John Brown is a “zero landfill” campus, meaning that all waste is diverted from the landfill. Recyclable materials are sent to recycling plants, non-recyclable food materials are given to a local hog farm, kitchen grease is converted to biodiesel to power lawnmowers, and anything that cannot be sold to local vendors is compacted and incinerated in a non-pollutant incinerator.

Stating that both Housekeeping and Facilities at Hendrix are “overworked and underpaid,” Monroe says that campus sustainability is ultimately disheartening when there is no support from administration. Monroe also sees a sustainability program as beneficial to more than just students—or even the planet. “I think that if sustainability was well-handled and an educational program was established on campus,” she said, “that would make the jobs and lives of a lot of these [Hendrix] workers easier.”

One thought on “Struggling to sustain”